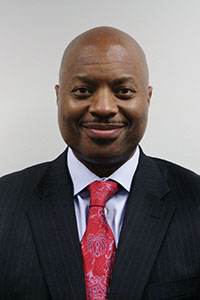 Dr. Patton, II, is a licensed and ordained minister of the Gospel of Jesus Christ. Although he is a native of Meridian, Mississippi, he currently lives in Yorkville, Illinois. Dr. Patton, II, maintains a preaching and teaching schedule throughout the United States. His areas of Theological interest are Christian Apologetics and Christian Ethics.

His personal interests include public speaking, tennis, target shooting, playing his saxophone and riding his motorcycle.

His favorite passage of Scripture is Hebrews 12:2:  “Let us fix our eyes on Jesus, the author and perfecter of our faith, who for the joy set before him, endured the cross, scorning its shame, and sat down at the right hand of the throne of God.”

COME FELLOWSHIP WITH US